This is the new Reality Drop. No games, just truths.
MYTH #65: Greenland has barely lost ice

The Greenland ice sheet is melting at a glacial rate.

Even when Greenland loses a small fraction of its ice, sea level goes up in a big way.

Greenland’s massive ice sheet contains enough ice to raise global sea level by about 20 feet. The total collapse of the Greenland ice sheet isn’t going to happen anytime soon, but ice loss from Greenland is accelerating. Research has shown that even a relatively small loss of ice from Greenland will result in significant sea level rise. And the more the ice sheet melts — we’re talking hundreds of billions of tons of ice a year — the more that rising seas endanger low-lying coastal communities around the world. 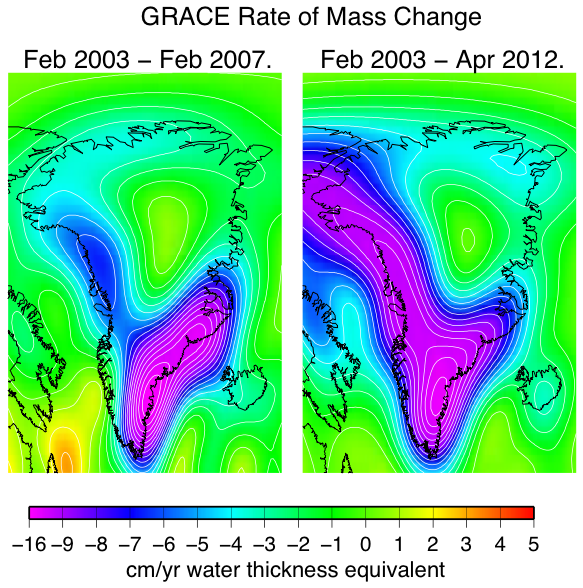 The average mass loss from Greenland from 2002 to 2012 was more than 200 billion tons per year (Figure 2). This rate of mass loss has been increasing over the last decade. 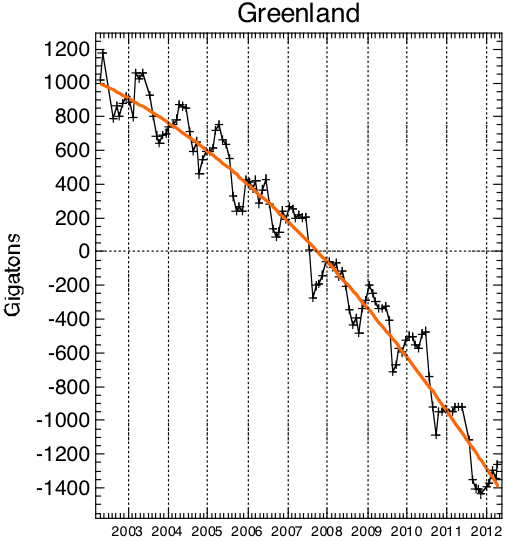 Figure 2: Annual deviation of Greenland ice mass from the average. NOTE: Positive values mean the ice mass was higher than average, not that the ice sheet was gaining ice. Figure courtesy John Wahr. Adapted from © John Cook and Skeptical Science