This is the new Reality Drop. No games, just truths.
MYTH #110: The IPCC's Fifth Assessment Report admits the planet is barely warming

The planet isn’t warming, and even the IPCC now admits it.

Global warming hasn’t stopped. It’s just slowing down over a speed bump, before it likely picks up speed again.

Many indicators tell us the earth is still warming, and surface air temperature is just one of them.

Surface air temperatures don’t rise or fall at constant rates. When you plot them on a graph, the rising line doesn’t look like a railing (straight), but more like the stairs themselves (with intermittent landings where things flatten out between steps and then go up again).

The second important thing to remember is that real scientists don’t look at short periods of time to evaluate what is and isn’t happening to the planet. Why? Because when you arbitrarily pick start and end dates within 10 or even 20 years, there’s just not enough data to give an accurate picture and it’s easy to skew the results. That’s why scientists prefer to rely on sustained, long-term trends over several decades.

It’s a fact that the first decade of the 21st century was the hottest decade on record. At the same time, the IPCC’s Fifth Assessment Report does note that between 1998—2012, temperatures rose at a slightly slower rate than the longer-term rate seen since the mid-20th century.

Why? Scientists suggest it could be because oceans have absorbed a lot of the heat that would otherwise have stayed in the atmosphere.

But can the oceans retain this absorbed heat forever? No.

Other possible reasons for the slower rate of surface warming include temporary cooling influences like a solar minimum (a low point in the sun’s activity), and the effect of natural and man-made aerosols, which block some of the sun’s radiation from reaching the earth. With such cooling influences, the fact that we have NOT cooled in the last decade is actually a strong sign that global warming continues unabated.

Additional info from The Conversation

On September 27 2013 the 5th Assessment Report by the Intergovernmental Panel on Climate Change (IPCC) was released.

One part of this report will address the so-called “warming hiatus”. This is the argument that warming has stopped, with the further assertion in some quarters that we therefore have nothing to worry about in the future.
It is a fact, based on observations of air temperature, that the rate of global warming measured as surface air temperature has slowed over the past 15 years. The last decade is still the warmest in the past 150 years.
If you measure global heat content then global warming has not slowed. If you measure other indices including sea level rise or ocean temperatures or sea ice cover global warming has not slowed.
However, the warming trend in air temperatures has slowed over the last 15 years. There is a great deal of interest in this “hiatus” in the sense of whether it points to some fundamental error in climate science.
The 5th Assessment Report by the IPCC explains the slowing in the rate of global warming in roughly equal terms as the consequence of reduced radiative forcing (the difference between radiative energy that hits the earth and energy radiated back to space), increased heat uptake by the oceans and natural variability.
The reduced radiative forcing (the amount of energy available to drive the climate system) is due to the recent solar minimum (a period of low solar activity), and volcanic and anthropogenic aerosols (these are particles such as sulphur and soot, which block some radiation from hitting the earth).
The slowing in the rate of warming over the last 15 years is not in the least surprising. We have seen a combination of the solar minimum, anthropogenic aerosol emissions and back-to-back La Niñas.
What is surprising – and what is deeply concerning to me and almost entirely missed in the media commentary – is that we have not cooled dramatically over the last 15 years.
Below is the global surface temperature graph – this comes from a NASA site but any other reputable temperature reconstruction makes similar points. Note that there were periods through the 20th century where combinations of aerosols from volcanoes and human sources, solar variability and natural variability led to very significant cooling. 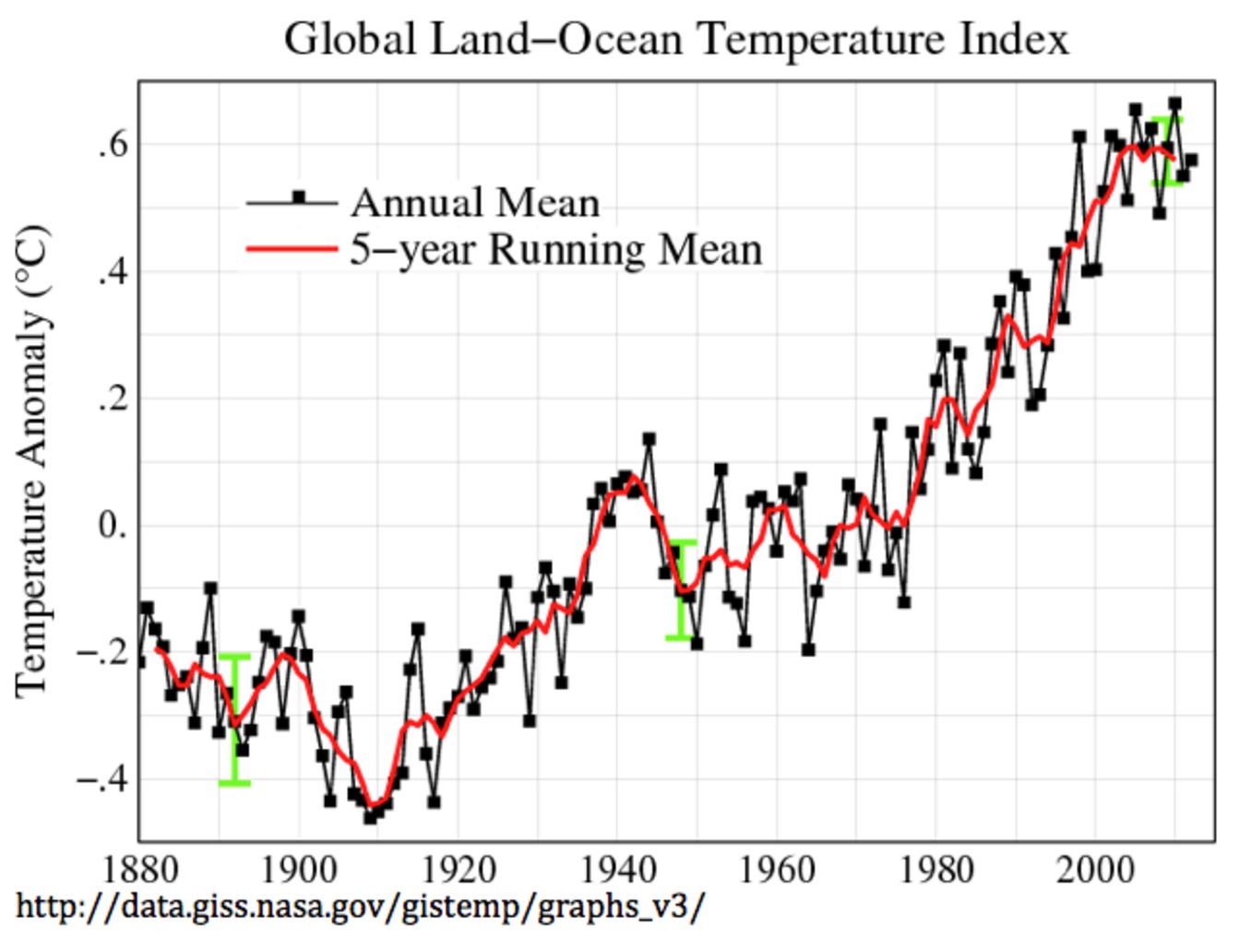 Figure 1: Global surface temperature. NASA
Between about 1880 and 1890, temperatures cooled by about 0.4C. Between 1900 and 1910 temperatures cooled close to 0.3C. Between 1945 and 1950 temperatures cooled about 0.35C. Between 1962 and 1965 temperatures cooled about 0.3C. There are other examples, but these were decade-scale cooling of 0.3C to 0.4C.
The most recent period of similar relevance starts with the extremely hot year, 1998. Since 1998, through to 2012, the temperatures cooled by 0.03C. However you choose to view the figure you simply have to conclude that natural variability, aerosols and solar variability have caused global cooling in the past of a scale that dwarfs anything that has occurred in the last 15 years.
So, here is what I think we should be genuinely concerned about.
Given the double-dip La Niña, coupled with the solar minimum and coupled with the high aerosol output from some developing nations, the question in the minds of some climate scientists is not “why has it cooled?”, because it has not cooled in any significant sense and the climatologically significant trends (calculated over 30 years) remain upwards.
Indeed, despite a suite of forcings that should have led to cooling, we still had the warmest decade in the observational record.
So, the question is, given it did cool several times in the historical period under broadly parallel circumstances in terms of the forcing, why has it not cooled since 1998 by 0.3C or 0.4C, and how come we broke the records for the warmest decade?
There has been time (its 15 years while previous cooling occurred in 10 years) for cooling of 0.3C or 0.4C to have occurred. There really is a case to argue that we should have cooled to close to the values measured in around 1990 and definitely not broken the record for the warmest decade on record.
A plausible answer is that we have underestimated the climate sensitivity.
We know, for certain, that aerosols, natural variability and solar variability have cooled the climate in the past. This time, they have not.
One way that this makes sense is if climate scientists have underestimated how dominant CO2 and other greenhouse gases are in warming the climate. In other words, CO2 and other greenhouse gases are countering the cooling effects of natural variability by much more than we anticipated.
If correct, this means that the capacity of CO2 and other greenhouse gases to accelerate warming – once natural variability, solar variability and aerosols decline in influence – has been underestimated.
A second possible explanation is that the warming by CO2 has led to a sufficiently different climate system that natural variability now functions differently. This seems extremely unlikely but is certainly anything but comforting.
If you see the slowing of warming over the last 15 years as a hint that climate scientists might have been wrong and that global warming is less of a problem than predicted, you are very likely being lulled into a false sense of security.
The lack of cooling of 0.3C or 0.4C since 1998 is most easily explained by the effect of increasing CO2 and other greenhouse gases masking the cooling that would otherwise have occurred.
It follows that when we next see an El Niño, and the solar cycle is more average, or if developing countries clean up their aerosol emissions, we will see an acceleration of warming rates observed prior to 1998.
In short, the slowing of warming rates since 1998 is not a good news story. It is very likely a hint that climate scientists have underestimated the sensitivity of climate to increasing CO2 and the slowing of warming is lulling us into a very false sense of security.
© 2013 Dr. Andrew J. Pitman, Director of the ARC Centre of Excellence for Climate System Science